In 1928 the Kyabram Free Press announced Mr Lewis H. Day would be erecting a new Cinema, Theatre, Playhouse and Dance Palais in Allan Street, billed as the "Showplace of the Valley." Designed by Melbourne architects Dunstan Reynolds and Partners, the building would not only serve as a picture theatre but would provide an excellent dance floor, 100ft by 54ft on the ground floor for large gatherings and a similar floor, 64ft by 36ft on the balcony floor for smaller functions.

The main street frontage would comprise a central entrance 20ft wide, with a large shop either side (37ft by 21ft.) It's architectural style is considered Inter-War Mediterranean.

The notice in the Kyabram Free Press for opening night - 1929 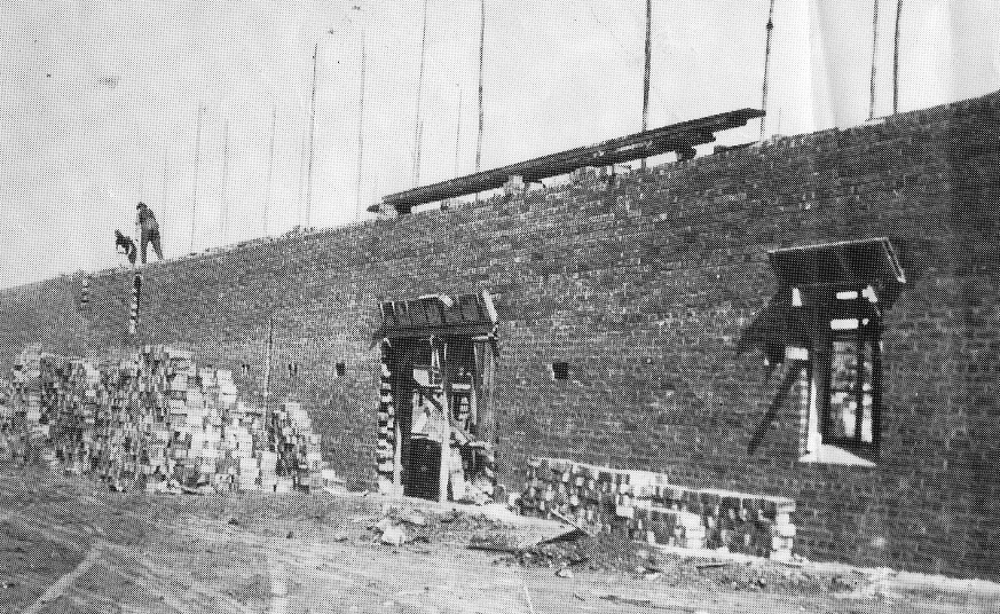 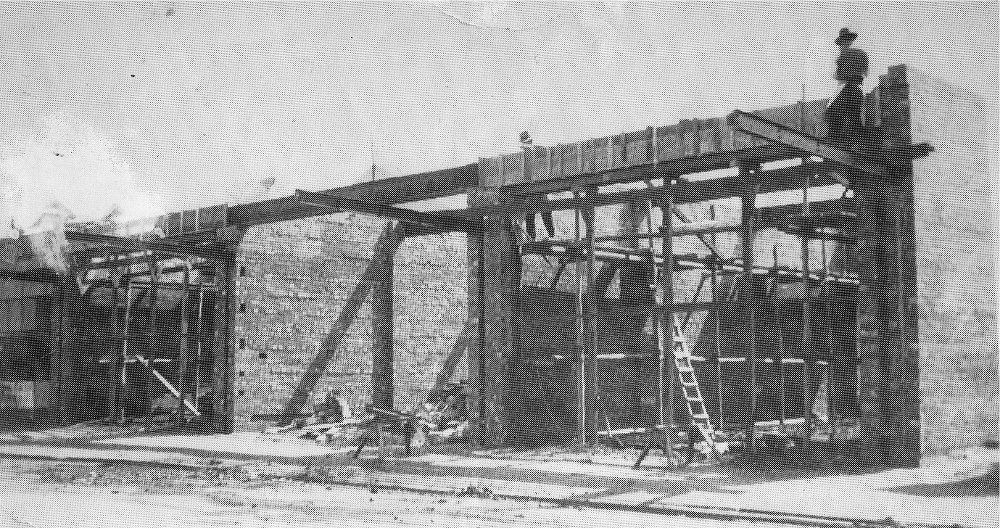 Exposed beams of the cantilevered awnings, front of theatre. 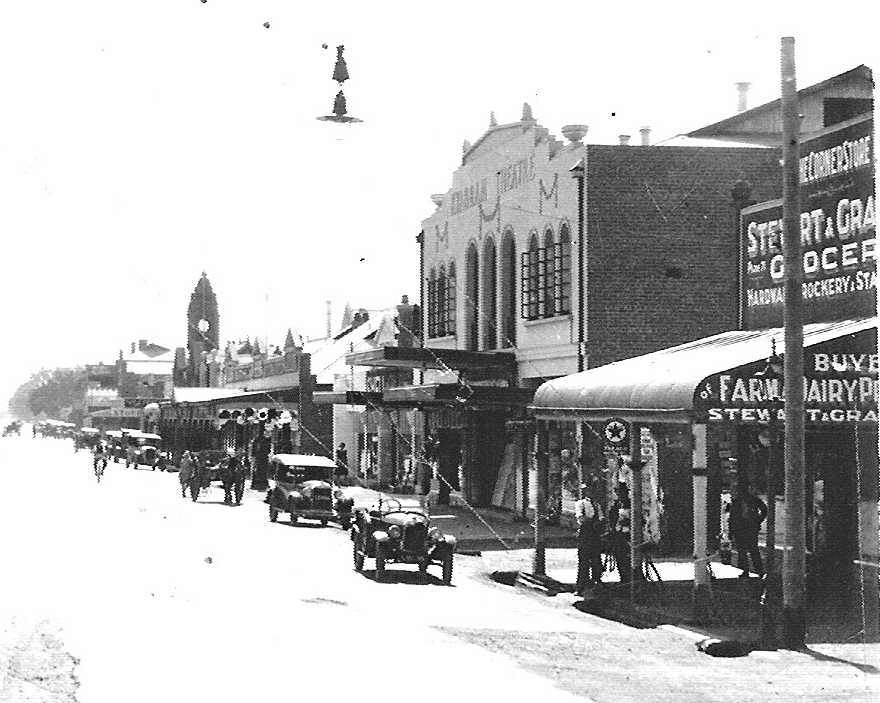 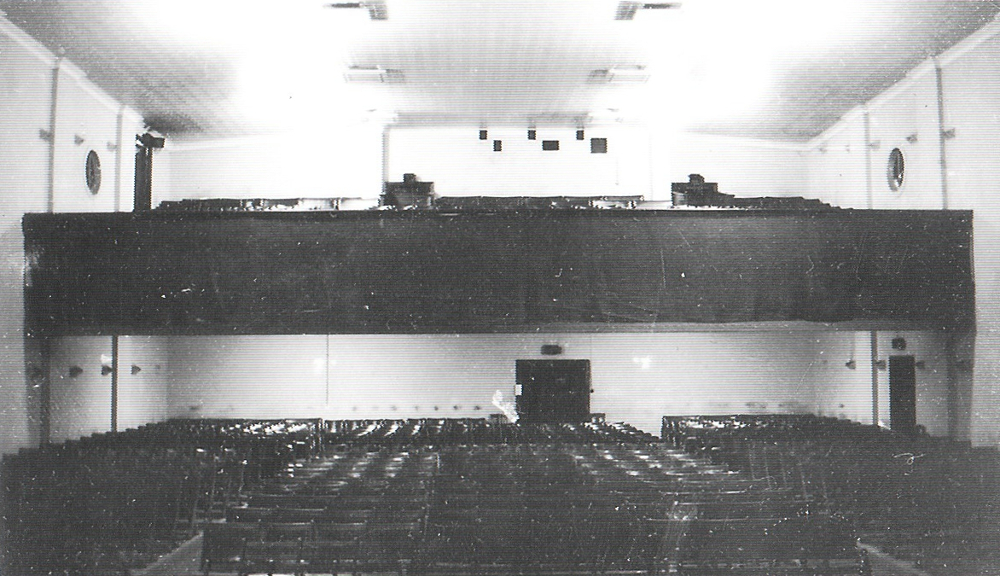 The theatre originally had stalls of movable seating on the ground floor to allow conversion to a ballroom, with gallery seating above, and the projection room behind. The upstairs floor continued to the front and served as a smaller dance area, now used more as a foyer today. 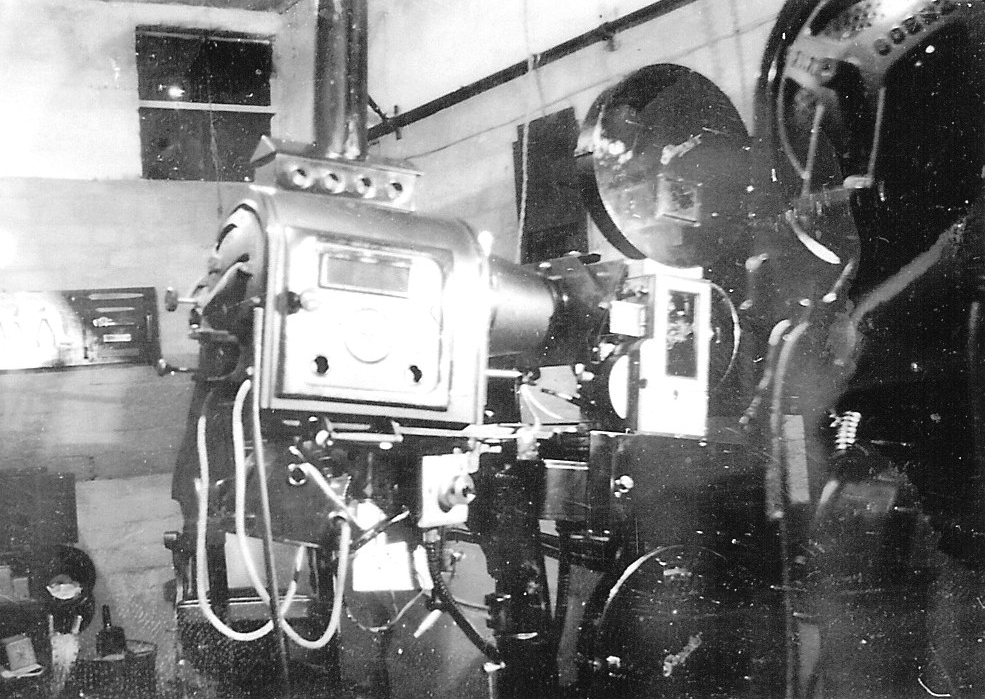 The original projection system, since updated a number of times and now fully digital. 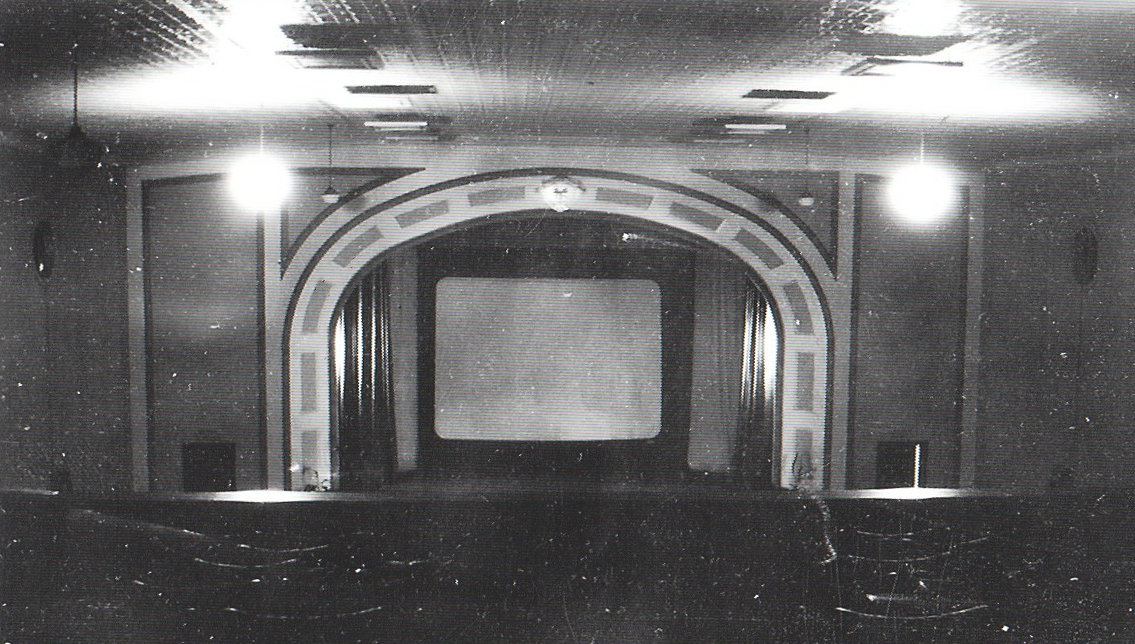 The original stage and screen, with curtains. 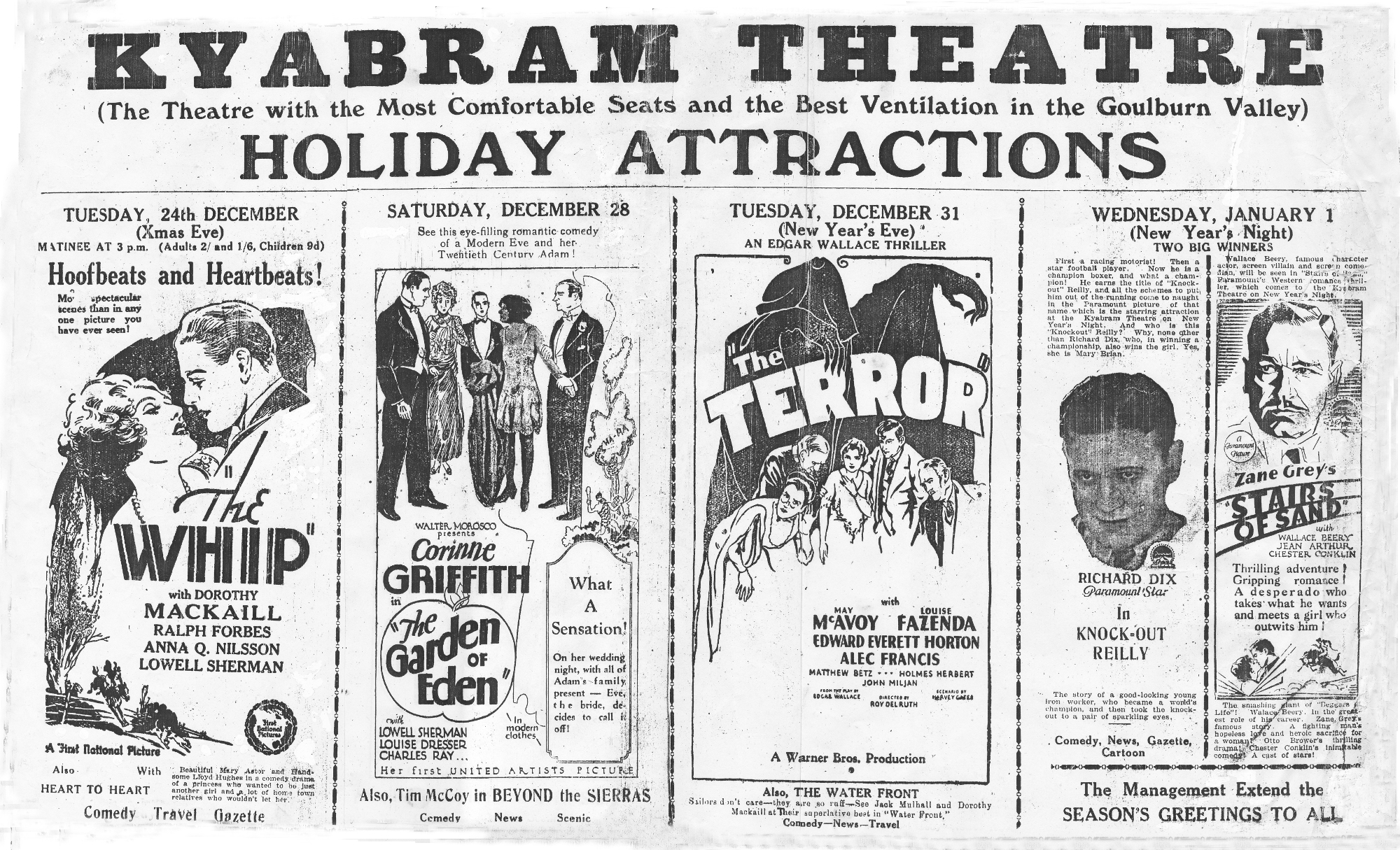 In 1931, with the country in the midst of the Great Depression, the Kyabram Theatre also fell on hard times while only 4 months later the theatre went into liquidation with tenders being asked for until June 30th. The successful tender was W.N. McMillan of Shepparton who ran the theatre until the 1960's when the impact of television gradually decreased screenings down to Saturday nights only.

By October 1966 it was announced that the theatre was to be offered for sale by owners Lyric Photoplay Pty Ltd of Shepparton by public auction. Bids got to $24,000 but stopped there and the cinema was passed in. Movies continued screening for the time being but by April 27th 1968, cinema screenings ceased. The theatre was stripped of all seating and equipment and an offer was made to the then Kyabram Council to buy it as an office, but the Council declined.

The manager for many years, Mr Arthur Taggart. 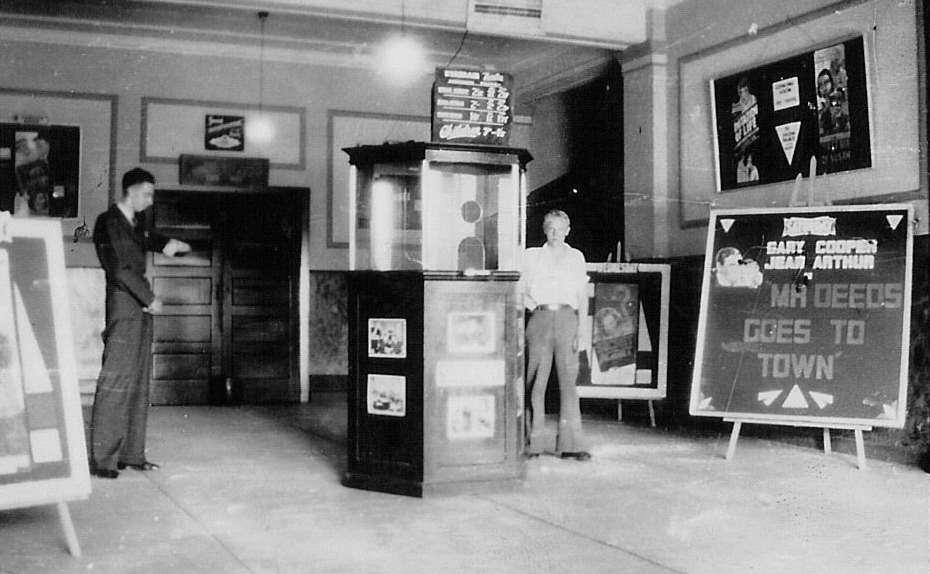 The ticket box with a young staff member and posters - Mr Deeds, 1937

View from the old Drum Bros. Central Garage side, 1940's.

In 1982 the Kyabram Youth Club set about bringing the theatre back from its dilapidated state. The owners of the theatre were approached and told of the Youth Club's dream. Because of the poor state of repair it was decided that the Youth Club would get the theatre back into operation, at no cost to the owner, in return for a free six-month lease from the date of the first movie showing.

Initially, the Youth Club inherited an empty building. They managed to source projection equipment from the old Eildon Theatre, which had closed in 1978. They sourced raked seating from the former Metro Theatre of Collins St, Melbourne.

All the wiring, plumbing, building of the fire escape, setting up of projection equipment and sound system, laying of carpet and setting up of seats, kiosk, etc. was done voluntarily by local tradespeople and the committee. Another generous committee member, Mr Reg Fletcher, donated $1000 towards painting the theatre.

After 7 months of constant work the old building was ready for a trial run before opening for the public in October 1983 with the screening of "Superman: The Movie." While the audience was small, about 60 people directly involved with the restoration of the building, it was the first movie shown for 17 years in Kyabram. The building is now named the Plaza Theatre.

In 1988, the Theatre Committe asked the Shire of Campaspe to buy the theatre, which they did, making the Committee a Committee of Management under the Council. The Victorian Ministry for the Arts was petitioned to have the theatre upgraded, since the Goulburn Valley lacked a top-class performing arts venue.

In the following seven years the theatre underwent a complete transformation. A full-sized stage house and fly tower were built with the addition of two well-appointed dressing rooms. The stage was constructed to be able to take the weight of a car while being a sprung stage suitable for ballet.

An orchestra pit was constructed and the raked seating was removed to be re-upholstered. At the same time the entire theatre interior was repainted and new carpet was laid. In 1994 a state-of-the-art lighting and sound-reinforcement system was installed, making the Plaza Theatre one of the most technically well-equipped theatres in Australia.

The Plaza Theatre had indeed been reborn from the ruins. 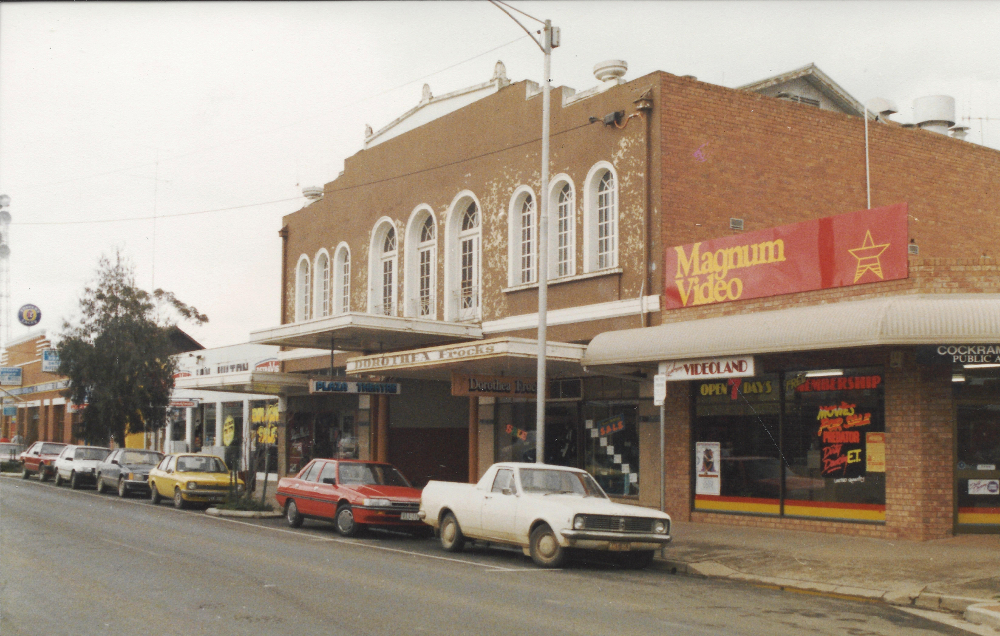 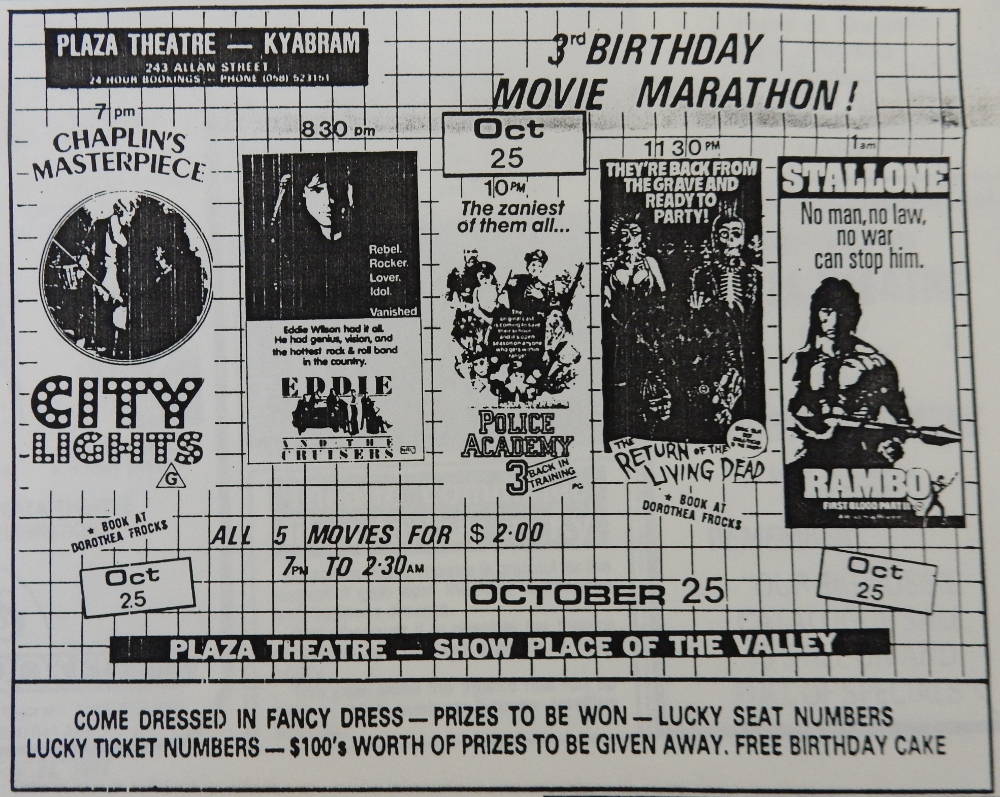 I would go and see this line-up right now. 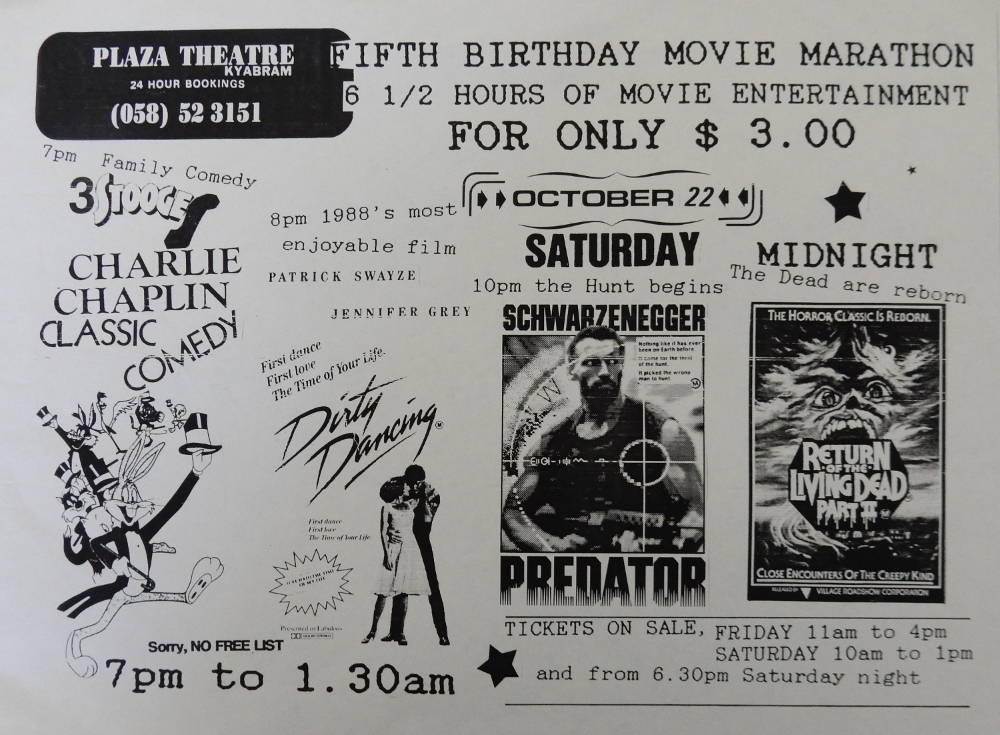 All images courtesy of the Kyabram Historical Society, curated by Eileen Sullivan.